Tartu Folk-Off is a web show that brings together folklore groups from all over Europe to challenge each other and participate in a fierce folk battle! The groups will challenge each other to learn a song and a dance from their opponent’s country. The show also includes interval acts from the organizers of the show, Folklore Club Maatasa. The winner is chosen by combining the votes of the jury and the audience. There will be various prizes given out during the show – the winning group will receive a monetary prize, and various Estonian firms will also be giving out special prizes to the competing groups. The show will be broadcasted from the Luunja Cultural and Leisure Centre by the Teatritehnoloogia OÜ team (Estonian National Museum). The show’s editor-in-chief is Helin Pihlap, and it is directed by Raul Markus Vaiksoo.

The web show Tartu Folk-Off was created as an alternative for the Tartu Youth Folklore Festival, which had to be cancelled in 2020 due to restrictions. Helin Pihlap: “I don’t think I’ve ever heard of an event with a format like this one, not in Estonia or anywhere else. The show offers many new possibilities which would be unheard of in regular festivals.” Director Raul Markus Vaiksoo has said that while it is a competition revolved around folklore, the show is more about inspiring young people to communicate with each other and learn more about different cultures’ similarities and differences. “We strive to focus more on the participation aspect rather than the competition part of the show. Tartu Folk-Off is an opportunity to find new friends and have a fun night together, even if it’s through the web!”

Folklore Club Maatasa has been the representative folk group of Tartu since 2016. The group was awarded “Organizer of the Year 2020” by the Estonian Folk Dance and Folk Music Association.

Us in the news: 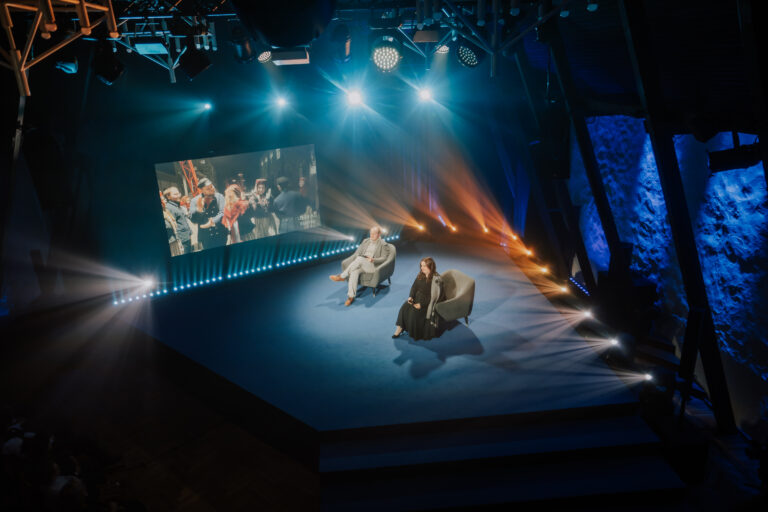 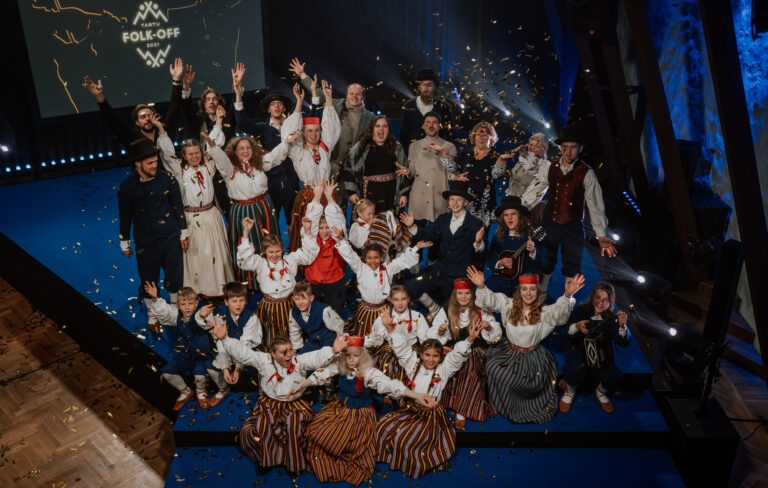 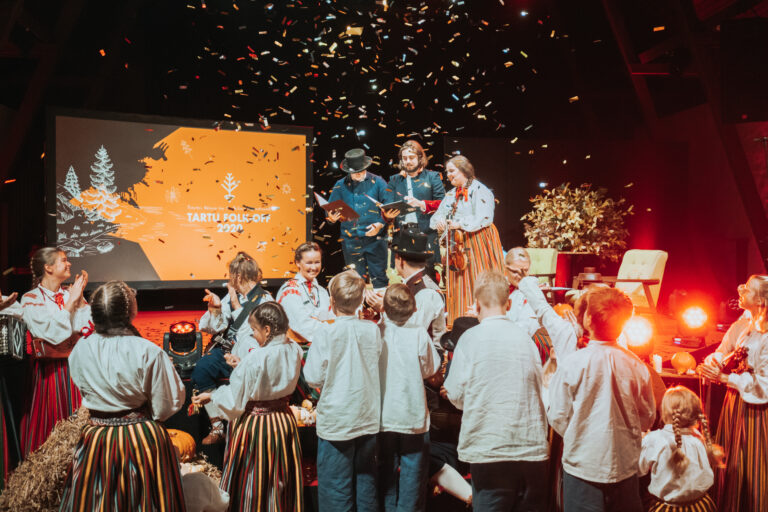 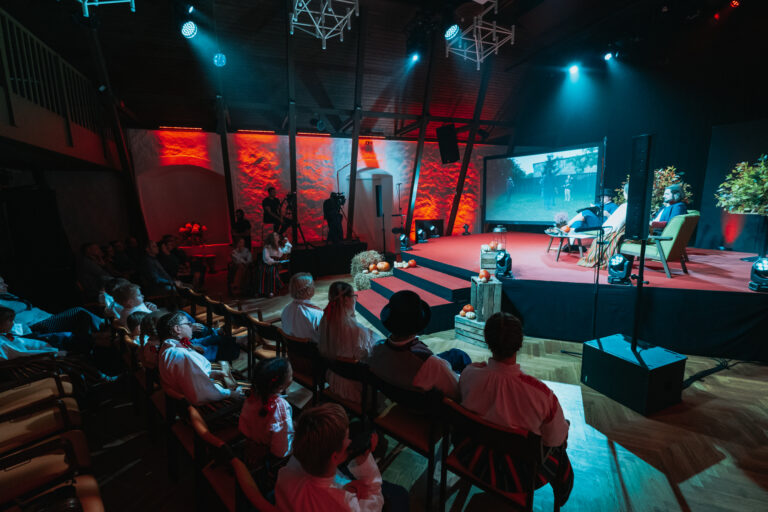 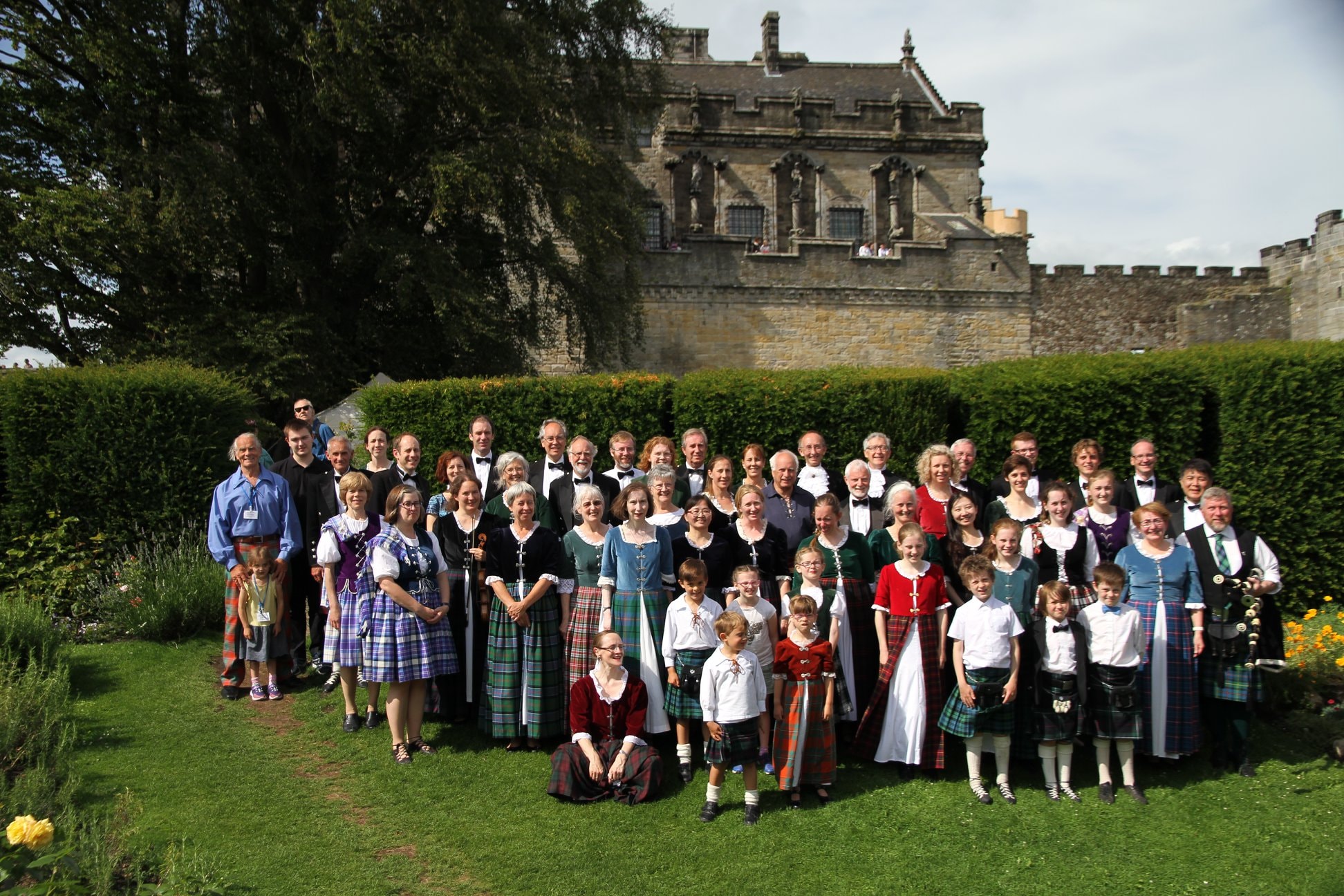 Dunedin Dancers was formed in 1970 by members of Edinburgh University New Scotland Country Dance Society who had been traveling to festivals across Europe and wanted to run their own festival to return the courtesy to the groups they had met. The first festival took place in 1971, and it has run every second year since. Dunedin Dancers and the New Scotland Country Dance society still work closely together, they perform together both at their own festival and now at Tartu Folk-Off. The groups' repertoire includes traditional dances of Scotland, along with modern dances in traditional form, which are performed alongside live music and tartan outfits. Scottish dances include the set dances - lively reels, sprightly jigs, elegant strathspeys, Highland dances, as well as the "Scottish step" dances brought back from the Cape Breton region of Canada in the 1990s. Scottish dancing is normally social dancing, so the group is equally at home performing or encouraging attendees to join in and have fun learning some simple Scottish dances with them. 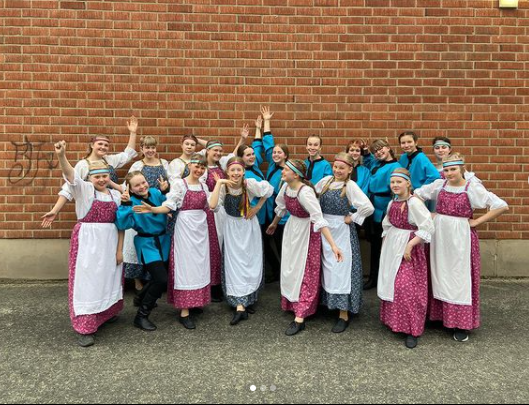 Säpäkät is one of the groups of the Finnish folk dance ensemble Motora. Säpäkät consists of 17 dancers aged 11 to 15 and they specialize in Karelian folk dance. Karelia is a frontier region located partly in Finland and partly in Russia, and Motora's choreographies and overall presentation are influenced by both Eastern and Western cultures. There are both traditional and modern choreographies in the repertoire, and the ensemble is known for delivering​ fresh and original performances by​ tweaking and modifying conventional dances while maintaining​ tradition.​ 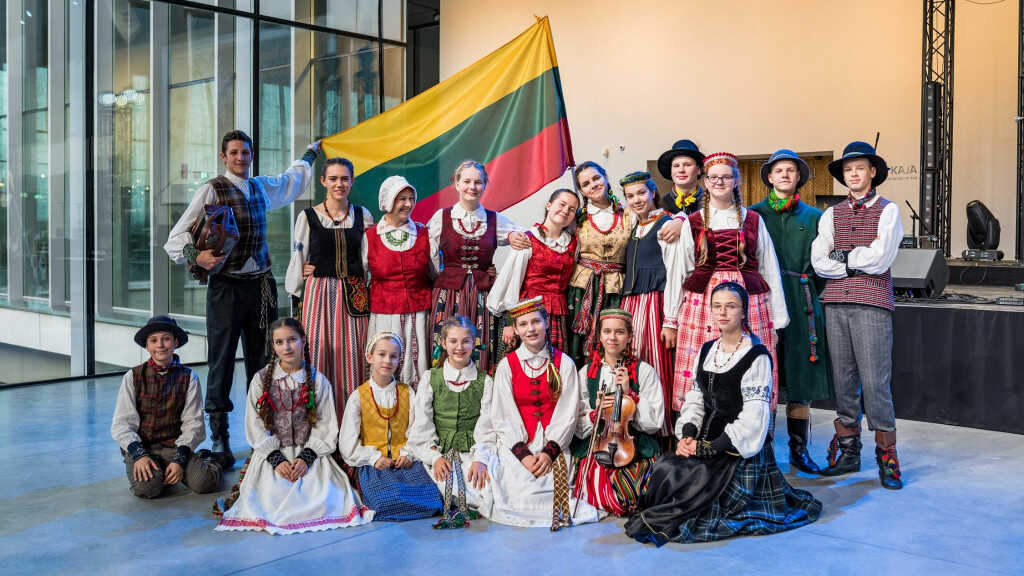 Žvėrynas Gymnasium’s (Vilnius) folk group Dolija was founded in 1998. The group joins young people of different ages who enjoy traditional songs, dances, and instrumentals. Members of the group themselves also play many folk instruments – pipes, Lithuanian whistles, the violin, and the accordion. The group has performed a lot in Lithuania and abroad. Every year they participate in the festival Skamba skamba kankliai. In 2009 the group had the honor of performing a concert to the Spanish royal couple. Other than concerts at different parts of Lithuania (Klaipeda, Drusnkininkai, Varena, Trakai) the group has also taken part in foreign festivals in Macedonia, Slovakia, Russia, and Poland. 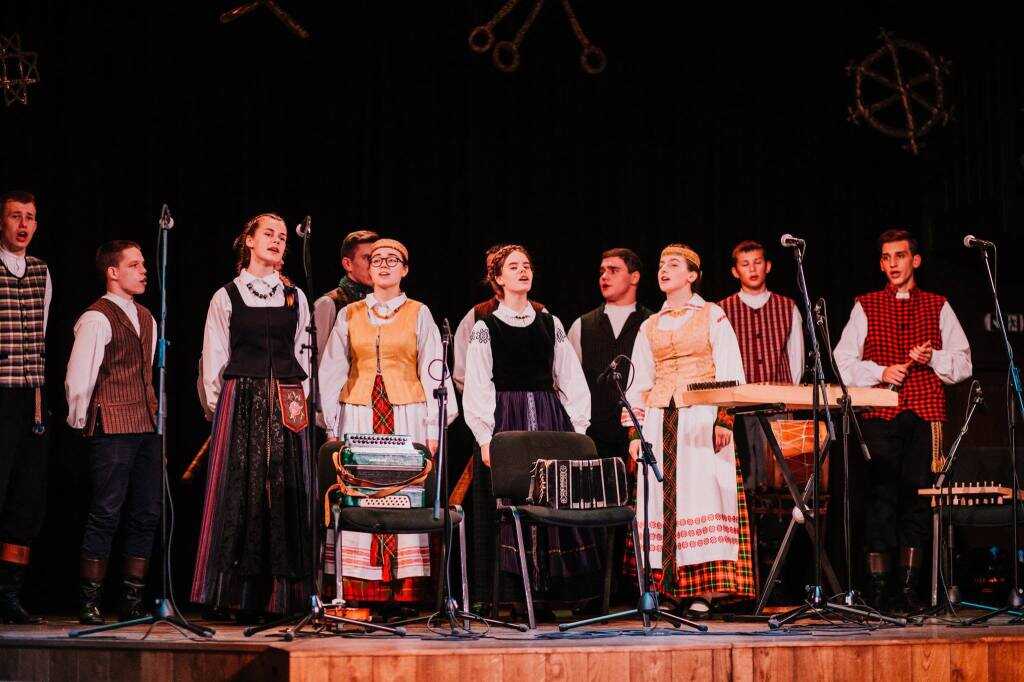 Folklore group Ratilėlis was founded in 1991. The group currently consists of 37 members ranging from 11 to 18 years old who all dance, sing and play traditional instruments such as pipes, whistles, horns, and the kanklė. Ratilėlis often performs in Kaunas and other Lithuanian cities, but also internationally. The group has gotten a lot of recognition - they were chosen as Lithuania's best folk group in 2009, and have also won gold at the international folklore festival Eurofolk in 2010 and 2017. 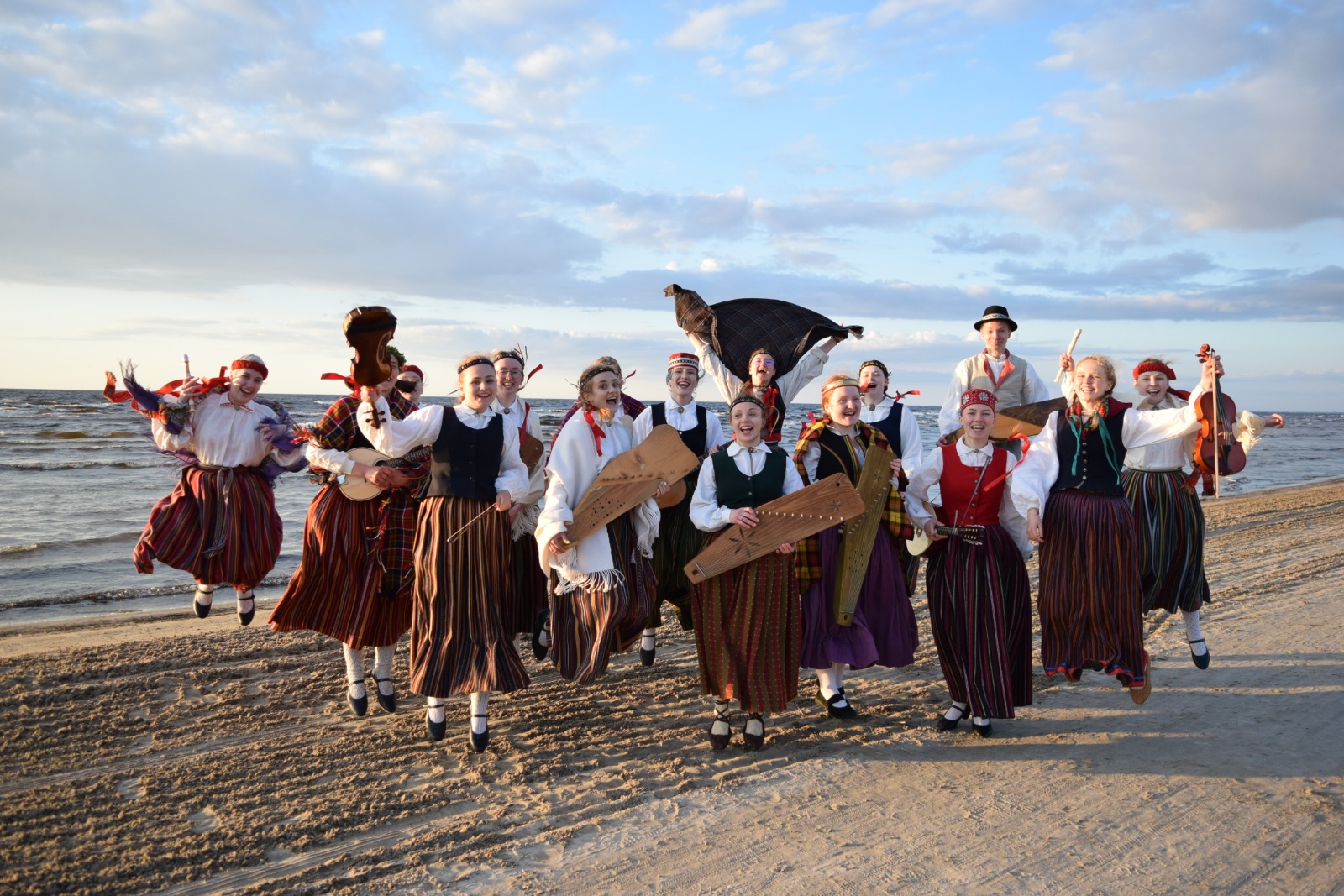 The history of the folklore group Kokle dates back to 1980, when the first director, Mārīte Ose, of the Riga Pioneers’ Palace formed one of the first children and youth folklore groups in Latvia at that time. The name “Kokle'' comes from the traditional Latvian musical instrument, which is often used as a symbol of Latvia. The ensemble originally only played the kokle, and other instruments were added later - drums, violins, flutes, kokle. The management of the folklore group was taken over by Dina Liepa, a student of Marite’s, in 1998. Folklore group Kokle has been a member of the Intangible Cultural Heritage Program “Pulkā eimu, pulkā teku'' since 1984. Kokle has also taken part in the international folklore festival “Baltica” since 2001. Kokle’s repertoire includes different types of Latvian dances - pair dances, circle dances, young girls dances, and quadrille. Kokle also features various traditional singing styles in Latvia, and it’s common for a member to play one or more folk music instruments. 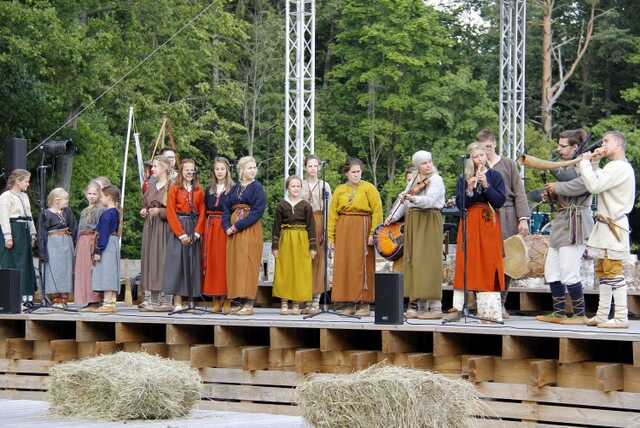 “Putni”, which means “birds” in Latvian, is a folklore group from Krimulda county that started its activities in Lēdurga Culture Centre in 2005, uniting different generations from ages 2 to 62. Every participant brings what they wish into the group – some sing, some play instruments, some tell stories, some cook, some dance, some sew or knit belts, etc. The members of the group have made their own costumes following the examples of 10th – 12th-century archeological Livonian clothes. The members of “Putni” can also teach ancient crafts. All the ancient musical instruments (pipes, drums, „rain” whistles, and other ancient wind instruments) are made by themselves. When accompanying dances, they play modern instruments, such as violins, accordions, the double bass. The repertoire of the group comprises both folk songs that are sung and the so-called call songs, as well as ritual folk songs that accompanied important changes in a person’s life and the seasonal cycles in nature. Putni takes part in nearly every Latvian folk event with their own workshops, dances, songs, and music.

Leesikad is a dance ensemble from Tallinn French Lyceum with around 150 members. The group performs Estonian traditional folk dances to live music and also new choreographies accompanied by folk music arrangements. The younger dancers learn how to be aware of themselves, their surroundings, rhythm, and their peers through dances and games. With the older dancers, it is important to focus on not just the technical aspects of dancing but also on analyzing and discussing dance and being aware of our heritage. Leesikad has been a part of Tallinn French Lyceum since 2005. 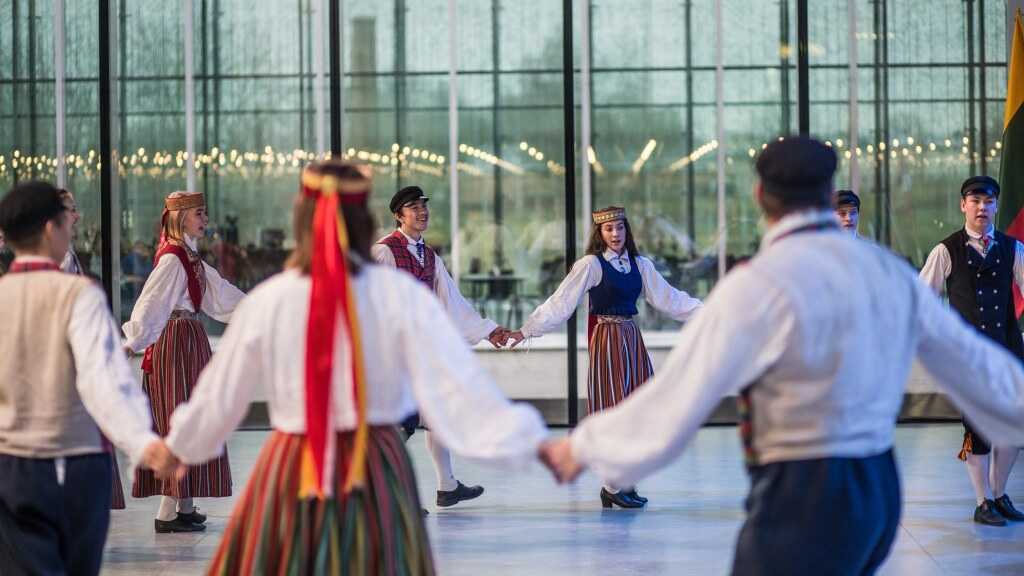 Leigarid performs songs and dances that were once held dear to our ancestors. Most of these songs, dances, and games are no longer widely known and are given new life on stage during the improvisational performances of Leigarid. The folk dances are always accompanied by live instrumental music. The group wears authentic folk costumes, which are from various time periods and areas around Estonia. Leigarid has been active since 1969 and performed at the Estonian Open Air Museum every Saturday and Sunday morning at 11.

Maatasa is the group organizing the Tartu Youth Folklore Festival. The group was formed in 2013 and joined together young people who used to perform modern arrangements of folk music. After a while, the musicians became curious to find out how it all started – how did a traditional song or an instrumental tune sound like in the old days without any arrangements, and what can we find in the archives today. Maatasa started researching Southern Estonian (especially Tartu County’s) folklore – songs and dances but also instrumental tunes and old folk tales. Their repertoire consists of coupled dances and quadrilles, centuries-old runo songs, and newer love songs from the beginning of the 20th century. Maatasa’s young people are great instrumentalists, which allows them to pay attention to the repertoires of the village musicians of those days. As of today, Maatasa has already taken part in many festivals and events all over Estonia, but also around Europe. 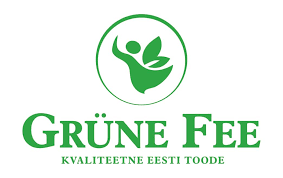 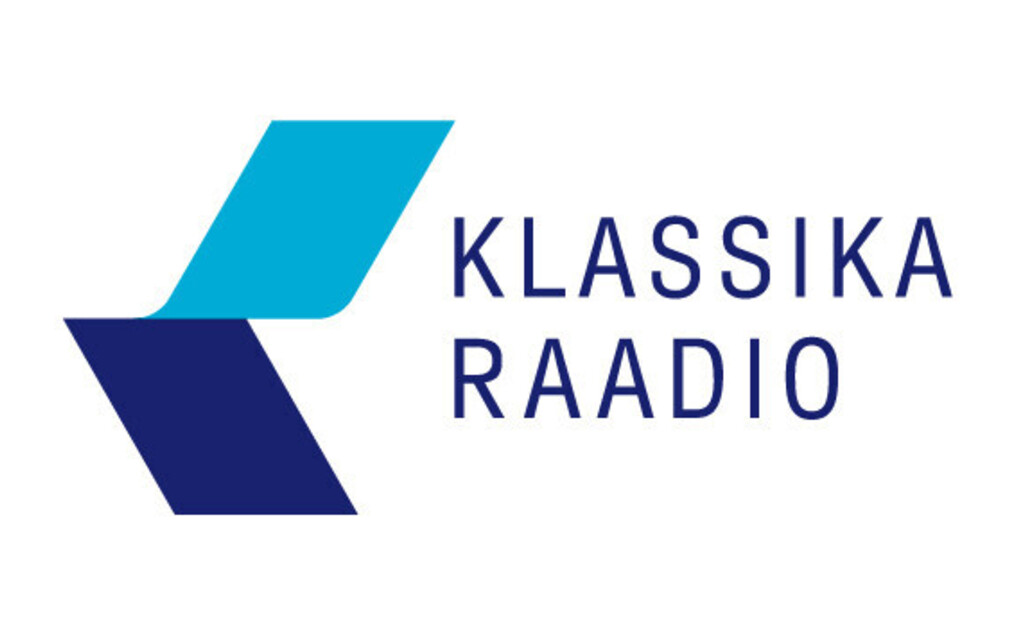 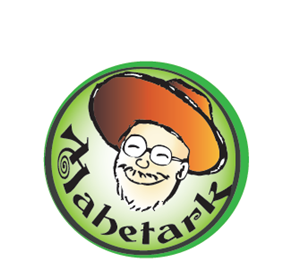